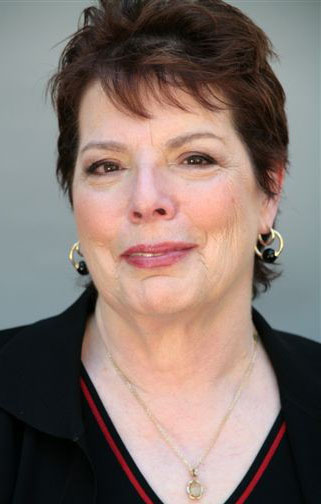 Louise Levison has been writing business plans in the film industry for 30 years. Her clients have raised money for low-budget films such as “The Blair Witch Project”, the most profitable independent film in history, and for companies raising as much as $300 million. She is the author of “Filmmakers and Financing: Business Plans for Independents” currently in its revised and expanded Ninth Edition. She also is editor of the  newsletter “The Film Entrepreneur: A Newsletter for Independent Filmmakers and Investors.”

Levison appears on camera and was Creative Consultant for the new documentary feature film “Movie Money CONFIDENTIAL” which is inspired by her “Filmmakers and Financing” book.

Levison also was an Instructor in the Extension Program at UCLA for 22 years before moving to Florida. She also has been a Visiting Professor at the Taipei (Taiwan) National University of the Arts, Chapman University (Orange County, CA) and the University of Montana (Missoula) and has conducted workshops at film festivals around the U. S. and overseas, including among others:
The Sundance Film Festival
Galway (Ireland) Film Fleadh
Producers Guild of America
National Association of Broadcasters
National Assoc. of Latino Independent Producers
National Association of Women Business Owners
Women in Film
Film Independent
The Florida Motion Picture and Television Association
Florida Media Market
The Hollywood Black Film Festival
Texas Accountants and Lawyers for the Arts
The Cincinnati Film Commission
ALM- SRI's Annual Film Finance & Distribution Summit
Georgia Film and Video Center
American Black Film Festival
California Lawyers for the Arts
The Hollywood Film Festival
Austin Film Festival
Nashville Film Festival
Arizona Film Commission

Prior to working in the entertainment industry, Levison spent ten years in the highly regulated health care industry as Director of Corporate Strategy for both the City Of Hope, where she initiated planning for its five corporations, and Torrance Memorial Medical Center. She began her finance career as a Market Analyst at the American Iron and Steel Institute in New York and then moved to California to work as an Economist at SRI International (formerly Stanford Research Institute). Levison also has worked as a stockbroker and co-hosted a call-in radio show heard on 100 stations in the United States, Canada and Mexico on the Business Radio Network. Levison has an M.A. in Asian Area Studies from New York University, an M.B.A. in Finance from California State University (Dominguez Hills) and a B.A. from Simmons College (Boston).

Her clients’ films include:

“The First of May”

Among her corporate clients are: